On Monday, American singer-songwriter NBA was arrested for possession of drugs and firearms. The rapper was charged with multiple counts including felony possession, stolen firearm charges and multiple drugs. Here’s what we know about the young artist.

Who is NBA Youngboy?

Kentrell DeSean Gaulden aka Youngboy is an American rapper, singer and songwriter. He is well known for his talents in Hip Hop and gangsta rap with “signature aggressive punch and high energy”.

YoungBoy was born on October 20 1999 in Baton Rouge, Louisiana. As a kid, his father was not much around the scene because of imprisonment. He was raised mostly by his maternal grandmother. In high school, he realised his passion for music and decided to drop out to focus more on it. However, he was arrested for robbery and was sent to a detention centre in Tallulah. There, he began a new cult. He started writing songs which would become his debut song.

When he got out of the prison, he lost his grandmother to heart failure. He moved in with his rapper friend NBA 3Three who used unlawful methods to pay for their studio. He started producing music from their own. YoungBoy had begun writing songs when he was just fourteen years old. He released his first mixtape “Life Before Fame” in 2014. This was followed by many mixtapes such as “Mind of a Menace”, “Mind of a Menace 2” and “Mind of a Menace 3”.

In 2016, he released 38 Baby 2 which was a top hit and had received millions of views on YouTube. One particular milestone was “song-for-song rap beef” in which he collaborated with Scotty Rain. YoungBoy was signed to Atlantic records in 2017 and soon after that he wrote the single “Outside Today”. It became a huge hit and was ranked 31st in the Billiboard Hot 100 in january 2018. He has made three chart topping albums consecutively between the years 2019 and 2020: AI YoungBoy, 38 Baby 2 and Top.

How many children does the 20 year old rapper have?

YoungBoy is a father to 5 children. He has four boys- Kayden Gaulden, Taylin Gaulden ,Kacey Alexander Gaulden and Kimri Gaulden and one daughter- Armani. Another daughter is on the way for the young artist. In a social media post, the rapper had said that he is not the biological father to one of his sons. He wrote:

“Wanna Be First to tell yall I Officially Found Out Baby K Isnt my child, but the  man I am i4I am going to keep raising him like he’s mine. I can’t lie It hurt to find out The Truth But Life Goes On.

What is NBA YoungBoys Net worth?

YoungBoy has had several hits over the years. As of 2020, NBA YoungBoy’s networth is approximately around $3 million. 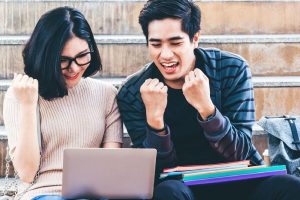 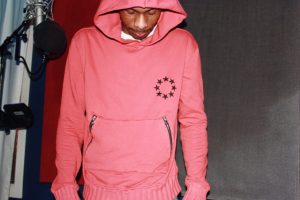