In a chat with Arnold Schwarzenegger in the latter’s YouTube channel, iconic filmmaker James Cameroon revealed that the second part of his Blockbuster hit Avatar is done filming. He also said that the shooting of Avatar 3 is nearly done with 95% completion and will be released in the winter of 2024. The coronavirus pandemic had delayed the production of the sequels.

Also, Read- What is the Future of Watchmen Season 2?

“Well, COVID hit us like it hit everybody. We lost about four and a half months of production. As a result of that, we’ve rolled around one more full year for a release in December of 2022. That’s been announced already. Now that doesn’t mean I have an extra year to finish the film, because the day we deliver Avatar 2 we’ll just start working on finishing Avatar 3.”

“So where we are right now, I’m down in New Zealand shooting—we’re shooting the remainder of the live-action, we’ve got about 10 per cent left to go. We’re 100 per cent complete on Avatar 2 and we’re sort of 95 per cent complete on Avatar 3,” He added. The sequels of Avatar had been set back as the coronavirus pandemic hit hard on movie industries and recommenced it’s filming in New Zealand in June.

He also said that it was fortunate that he decided to shoot the film in New Zealand years ago. There has been a decline of Covid-19 cases in the country which had made the production process easier. As of now, he does not see any roadblocks for the completion of the movie. The team hope to do it in a safe environment.

A message from James Cameron.

The official Twitter account of the Avatar team had been giving little sneak peeks of the progress of the movie. A tweet on September 8 revealed some pictures taken with the crew planning to go to Hawaii for shooting in order to provide them with an experience of the underwater world. Another tweet followed in September 10 with pictures of Sigourney Weaver doing an underwater stunt. Fans were really thrilled to watch it.

The release date of the second Avatar sequel was set to be in December 2021 but was shifted to December 2022 due to the production delays. The movie also has a fourth and fifth instalment. Avatar 3, Avatar 4, and Avatar 5 will be released in December 2024, December 2026 and December 2028, respectively.

The last two will begin its shooting as soon as the third one is entirely completed. As of the updates, the second sequel will be named, Avatar: The Way of Water while the third sequence Avatar: The seed Bearer. The first part of the movie is available on Amazon Prime and Disney plus. The sequels will mark the return of Sam Worthington, Sigourney Weaver, Stephen Lang, Michelle Rodriguez and Zoe Saldana.

3 weeks ago No Comments

2 months ago No Comments

2 months ago No Comments 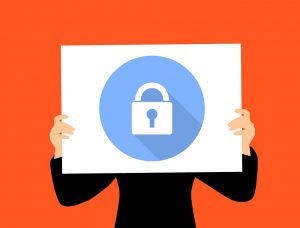 Best tips or ways to store your private keys safely!

3 months ago No Comments